Anaheim, CA – PR BUZZ – Tooth decay is the most common cause of bad breath among people. In fact, it is so common that bad breath is generally associated with undiagnosed decaying tooth and mostly people recognize tooth decay only when they experience a toothache, which is symptomatic of the decay’s penetration into tooth nerve.

The cause of bad breath – Streptococcus bacteria

To be fair, a decaying tooth in itself is not the real culprit behind bad breath. Instead, it is the bacteria that produce bad breath. The bacterium known as Streptococcus mutants produces sulphur compounds in the cavities of teeth, and these compounds lend the foul odor to the breath.

How bacteria cause bad breath 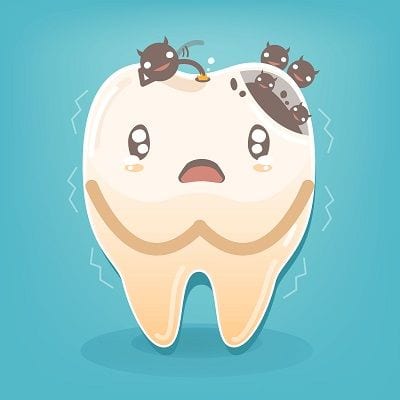 The activities of Streptococcus mutants lead to pus formation in the cavities, a condition that is known in the medical profession as the tooth abscess. Once the tooth abscess ruptures, the sulphur compounds are released into mouth resulting in bad breath.

Tooth decay and the resulting bad breath take a long time to materialize. Improper cleansing of mouth after food intake leaves residues of food on tongue, gums and between teeth crevices.

How bad breath could be a symptom of tooth decay

The saliva in the mouth breaks down the carbohydrates in food into sugars.

The digestion of these sugars by Streptococcus mutants is accompanied by the release of harmful acid by the bacterium. The acids attack the tooth enamel regularly leading to its breakdown. The entire process goes unnoticed by the unsuspecting majority of people. It is virtually undetectable for a layman to detect the tooth decay.

At severe stages, the tooth decay penetrates the enamel and reaches the pulp of the tooth. Quite often, the decay even manages to reach as far as the tooth nerve. These later stages of tooth decay are generally characterized by pus formation, which is the source of foul odor from the mouth.

Why people don’t realize that they have bad breath

A significant percentage of the population lives in ignorance of bad breath emanating from their mouth. The reason for that lies in human physiology. The mouth is connected to the nose via an opening at the back of the mouth.

Our noses are trained to ignore all background odors from its environment, which also includes almost all smells emanating out of the mouth. Therefore, a person may never realize the extent of their bad breath and by extension, even the existence of a decaying tooth.

The dangers of tooth decay resulting from bad breath

It is important to understand that any signs of bad breath indicate advanced stages of bacterial infection and any delay in treatment could result in dire consequences – in rare cases even resulting in deaths.